Mooney doesn’t think he has a gift, but that timing is everything in comedy. The audience can become one, and they can turn on you in a moment. Paul, the comic great said, he stopped caring about pleasing the audience. Paul didn’t do drugs because of his grandmother.

Even being a friend of a prolific drug user, Richard Pryor, Paul still didn’t do drugs. Richard never offered him drugs, and that made him great friends with Mooney. Richard understood himself and knew he wasn’t the type of comedian Richard was or Eddie Murphy. 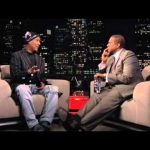 Paul Mooney kicked a lot of doors down for comedians and entertainers to do the things they do today!