Oliver Tambo was the interim president of the ANC (African National Congress) of the South African “anti-apartheid” political party. When he served, he did the bulk of the time while he was in exile.

Born on October 25, 1917, in Bizana, South Africa. This radical would go on to serve while in exile as the acting president of the ANC, and his party agitated the apartheid regime. He eventually returned to South Africa in 1990 and turned over party leadership to the nations first democratic president; Nelson Mandela.

Oliver Reginald Tambo, often called OR, belonged to the Pondo people. Twenty-seven years after his birth (1944), Oliver Tambo and Nelson Mandela helped to form the Youth League of the ANC.

With a desire to be a priest, Tambo taught at a missionary school. However, he learned that in order to bring change and equality to his people swiftly, he needed to study law. He believed legal action proved a more powerful tool to dismantle state-supported segregation.

Fifty-two years into the twentieth century, he joined with Mandela to open the Johannesburg-based law firm. It was the first black South African law firm. Tambo was the vanguard of ANC political activity. His radical work further agitated the apartheid (the caste system enforced upon the native black population by the white-controlled government). 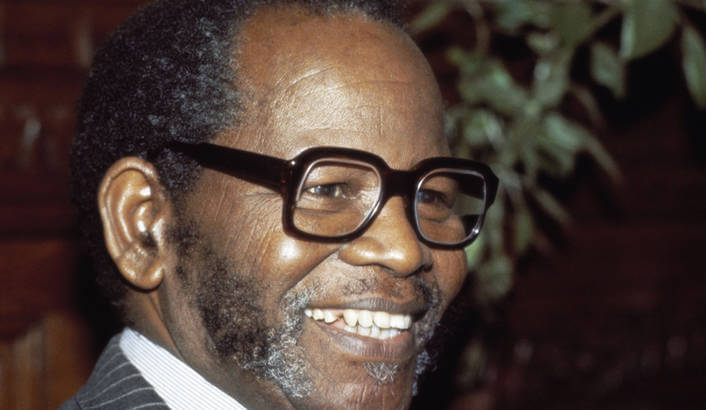 Eventually, many party members were arrested in 1956 for treason. They were later cleared.  Some members were charged again. This round found his colleague Mandela sentenced to life in prison, and himself exiled.

While in exile, Tambo established residences in Zambia and London. He received party backing from European nations, such as Holland, East Germany, and even the Soviet Union. While overseas, Tambo coordinated resistance and guerrilla movements mobilized in South Africa. Despite internal organizational struggles, he was still able to keep the multiracial ANC intact.

Faithful to finding positive solutions for his people, still Tambo was noted for his graceful approach. Tambo was able to return to his native country in 1990 when the ban against the ANC was lifted by new South African President F.W. de Klerk. A black radical to the core, Oliver Tambo fought progressively for equality and for the people.

This Oliver Tambo biography post was researched using wikipedia.com, youtube.com, biography.com, britannica.com, and encyclopedia.com. We hope it was edifying and helpful. If anything wasn’t accurate, please let us know. Thank you!